Adding Bacon and Cheddar to my Fluffy Sour Cream Waffles recipe was a very very good idea.  I had breakfast for dinner on the brain when prepping for this week’s Facebook Live so I took my favorite waffles in a savory direction.  You’re going to love these Bacon Cheddar Waffles!  Calvin and I did. 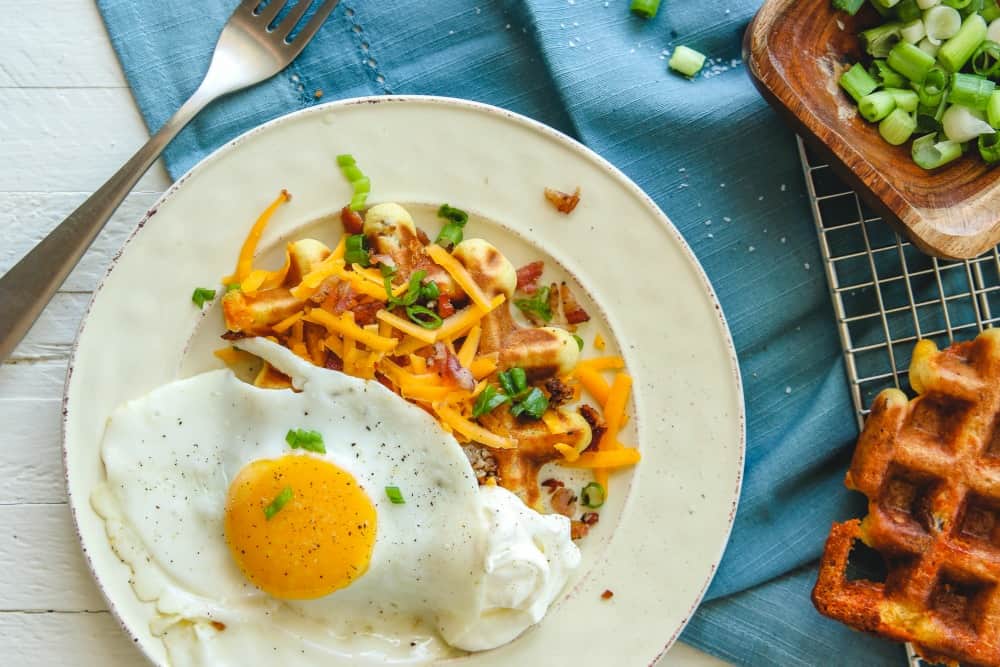 You can catch Calvin and I in the kitchen making these waffles here:

Making Savory Sour Cream Waffles with Calvin!Get the recipe for the waffles here: https://joaniesimon.com/fluffy-sour-cream-waffles/The Waffle Iron that I use is here: http://amzn.to/2vmBwsv

One quick tip to keep your waffles crispy on the outside is to put them on a cooling rack after you pull them off the waffle iron.  They give off a lot of steam and if they’re on a plate, that steam will turn into condensation, making the under side of your waffles soggy. 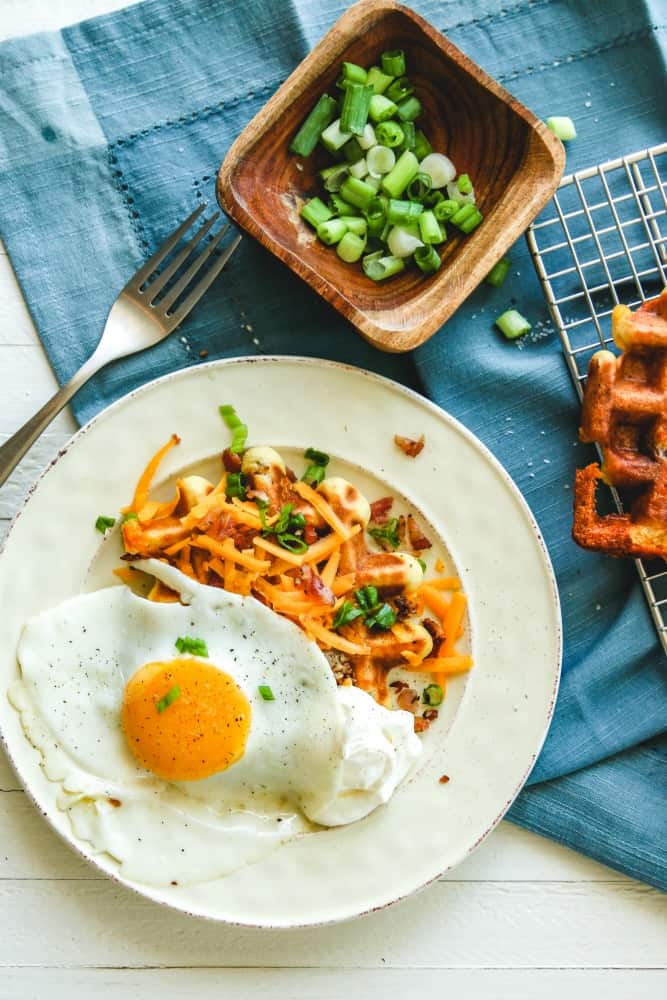 The cheddar gets nice and crispy on the edges when it’s cooked in the waffle iron.  It’s the perfect addition to a recipe that I already loved.

I then topped this savory waffle with a little more sour cream, more cheddar and bacon, scallions, maple syrup and a fried egg on top.  This would be a show stopper for your next brunch.