*Update! Since publishing this recipe, I was informed that cooking with acidic foods is not recommended in standard cast iron.  This dish should be prepared in an enameled cast iron pan as the acid can potentially damage the surface of non-enameled cast iron.  Otherwise, rock on with your bad self.

We’ve got a giant lemon tree in our backyard that gives us 500+ lemons every winter.  One of the great things to do when life gives you lemons is to preserve them, in jars.  I follow the recipe from Epicurious.  Of course, the question is, what on earth do you do with preserved lemons?  I love to dice them up and use them in all sorts of dishes to add ‘zing’.  One example?  This Preserved Lemon Chicken Skillet, which is also a one-skillet meal. 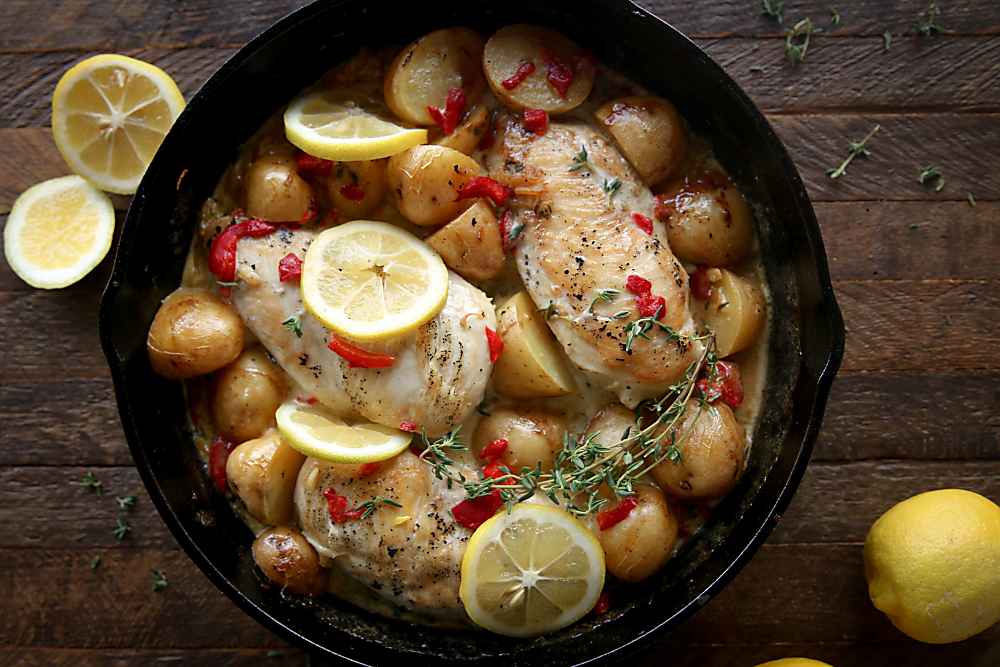 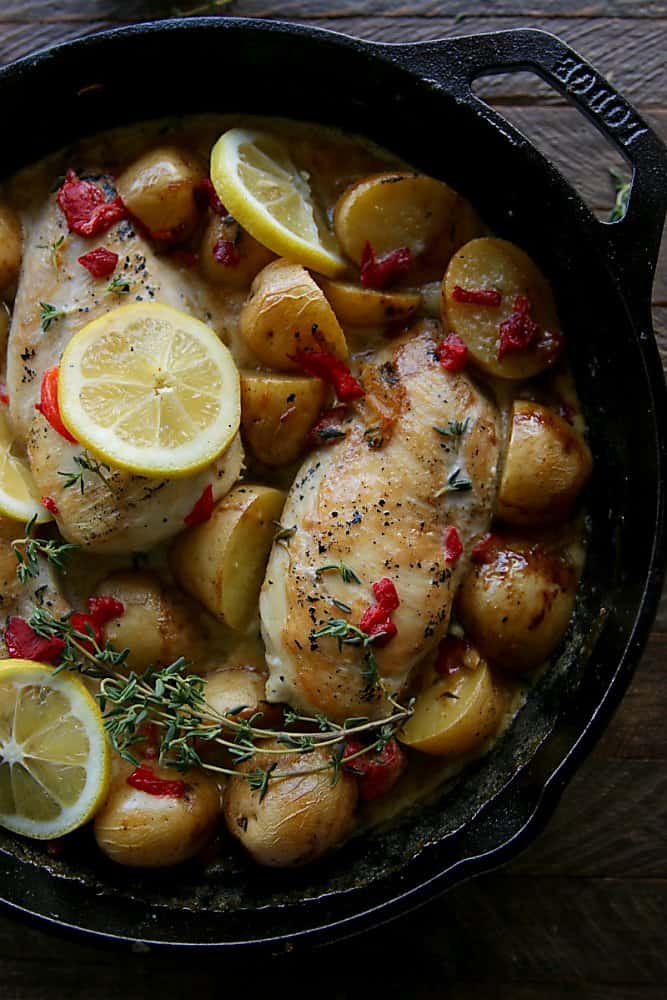 The diced pimentos are completely optional, but they’re a fun addition for sweetness and a pop of color. 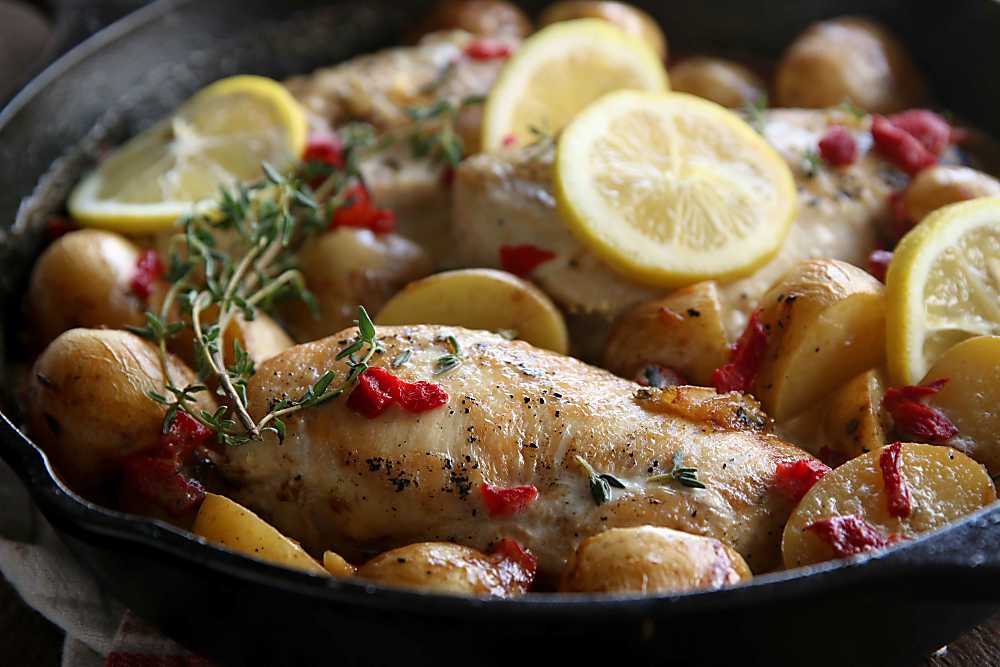 Watch out, though.  This is one tangy dish!  If you like sour flavors, this is right up your alley.  I’m a sour lover from the way back, thus my love for preserved lemons. 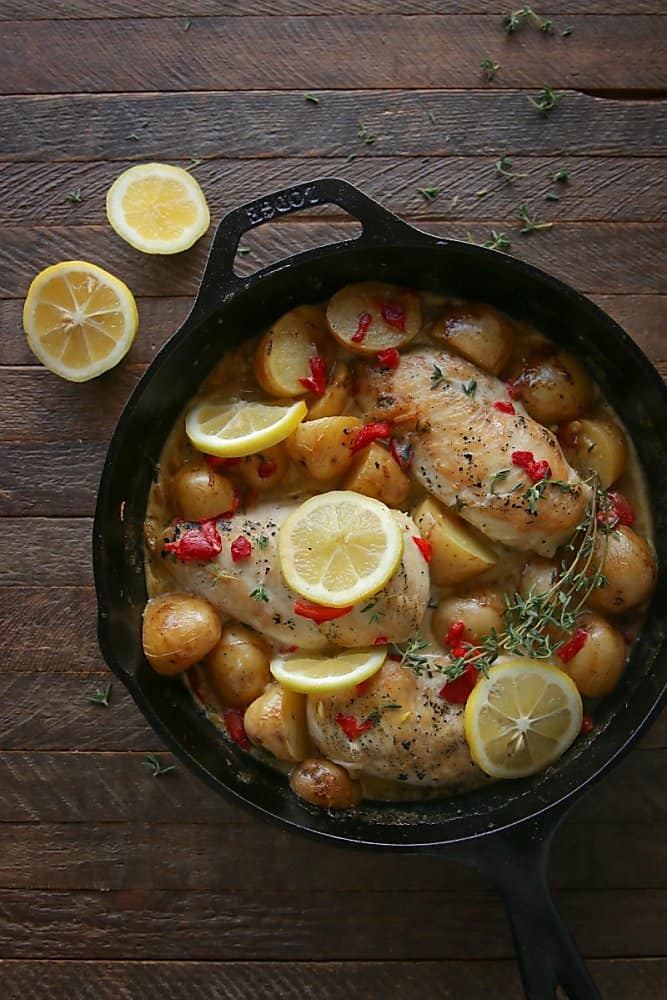