This one took four or five rounds of experimentation (I lost track) for the specific layer configuration.  Hash browns on the bottom?  The top?  What about the bacon?  Lots of tweaking, but we came out with a hearty winner and it was totally worth it. 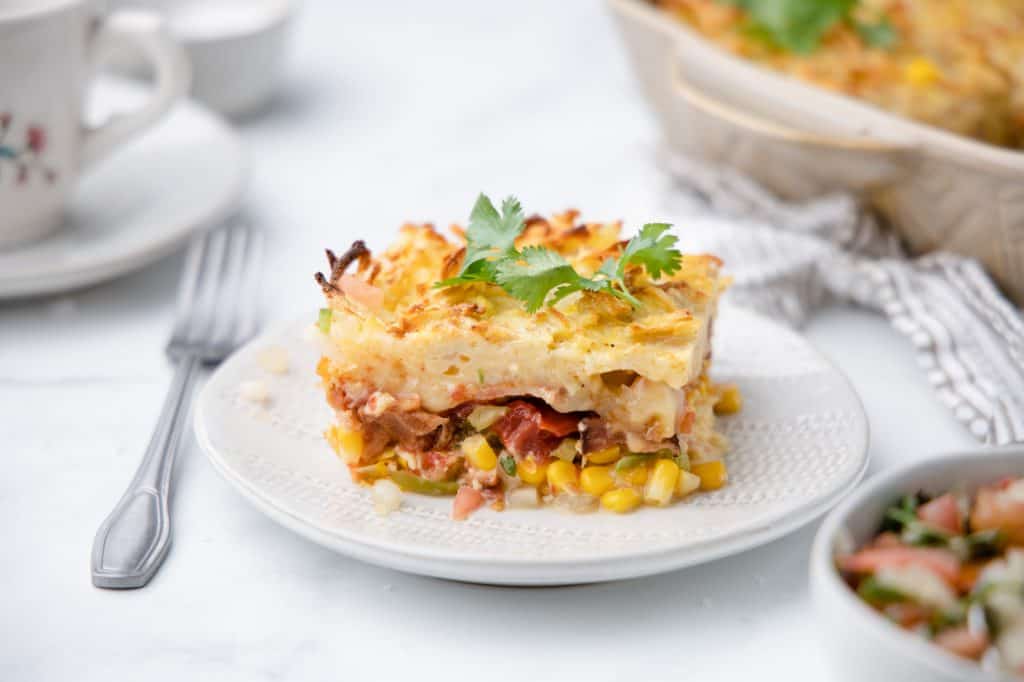 This recipe is crazy easy, and fits my requirements for a breakfast that can be completely prepped the night before.  Saturday morning, I love a special breakfast, but I don’t want to do a bunch of work.  Prep this the night before and pop it in the oven in the morning.

The Best Way to Do the Bacon

As you’ll see in the recipe, it calls for crispy chopped bacon.  My favorite way to make bacon without the mess is to line a baking sheet with tin foil and preheat the oven to 375F.  Then I lay the strips of bacon on the sheet pan and bake them for 12 minutes, then flipping and baking another 8 to 10 minutes or until the bacon is visibly crispy.

Then, I pull the bacon off and drain off the excess fat by placing it on a paper towel.  From there, I let the sheet tray hang out and cool off. A couple hours later the fat will have cooled and the foil can be thrown in the garbage for easy cleanup.  The bacon, once cooled, can be chopped up with a knife and added in the recipe as described.

Like I said, it’s easy. So here, goes, the layers… 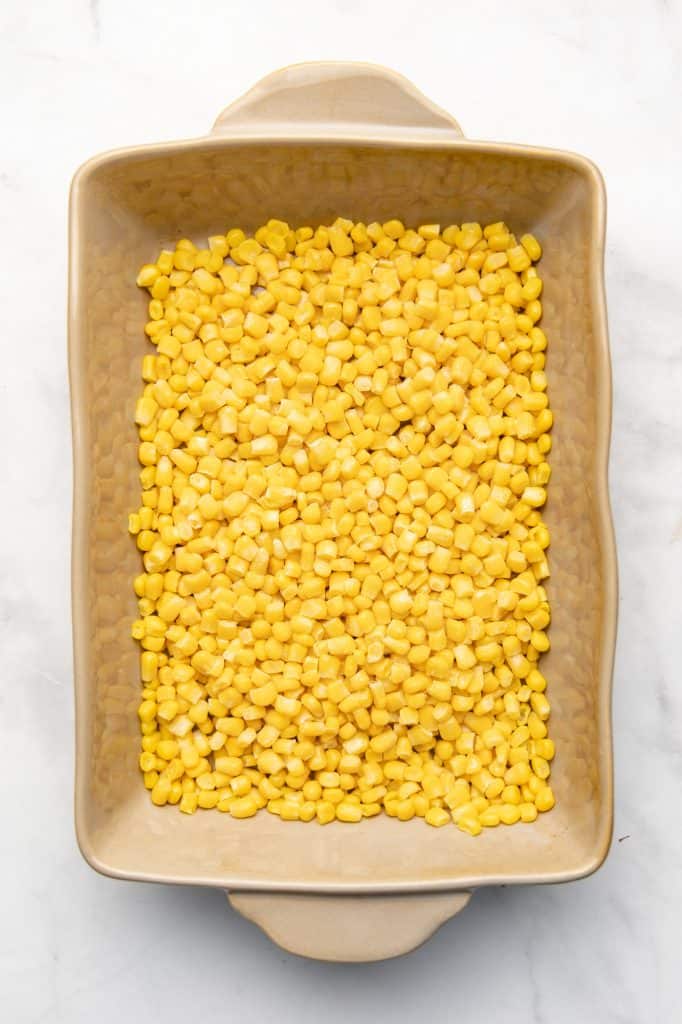 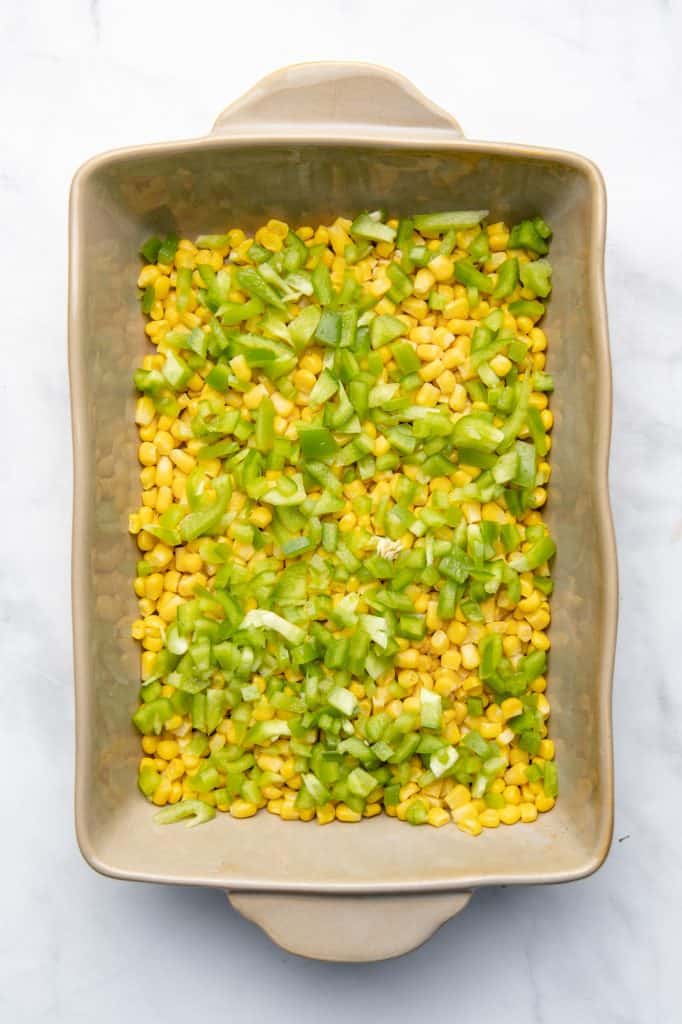 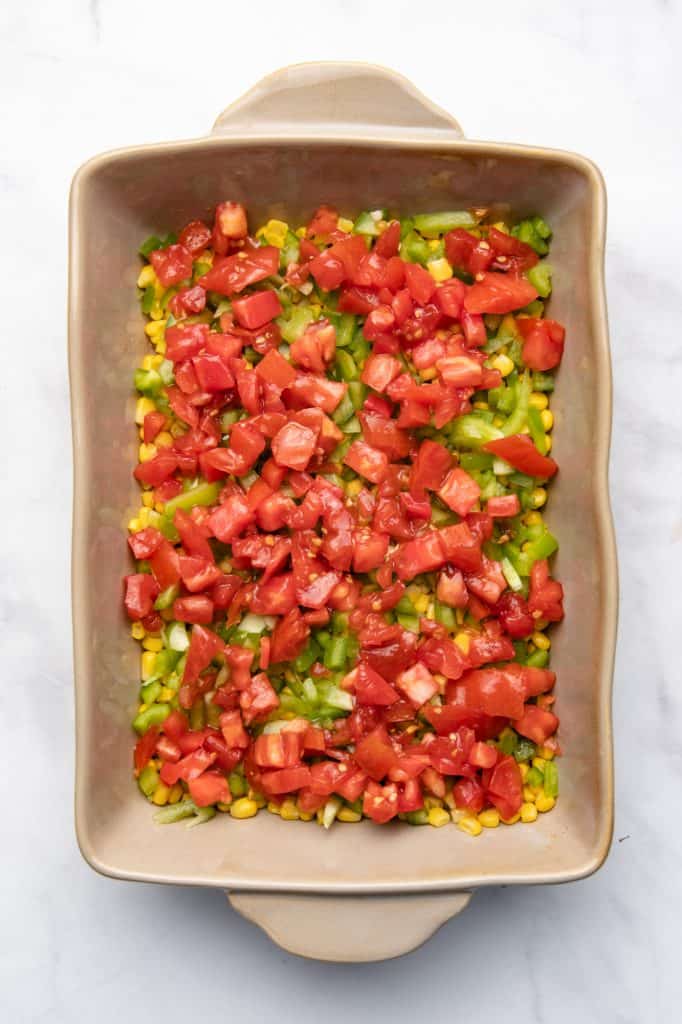 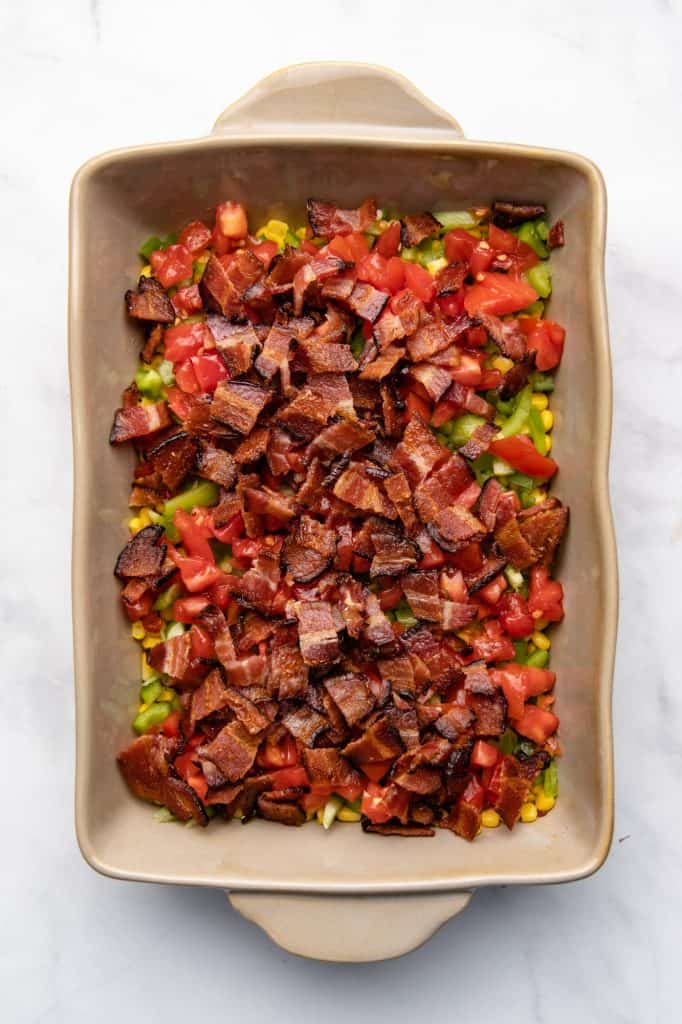 I used Tillamook Pepper Jack for this recipe, but you can use cheddar if you prefer. 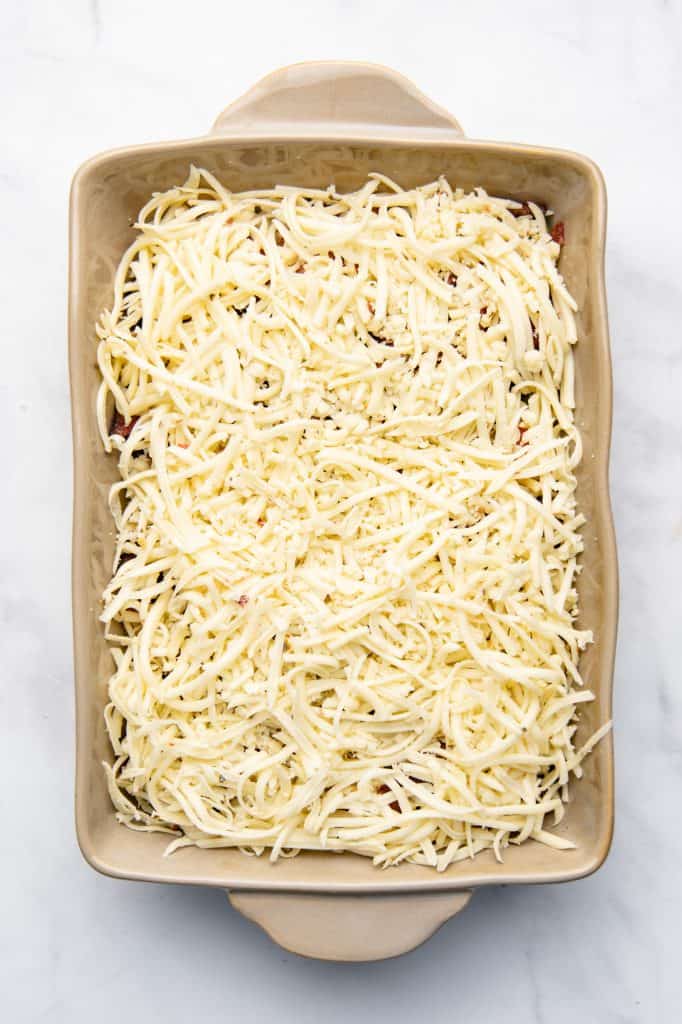 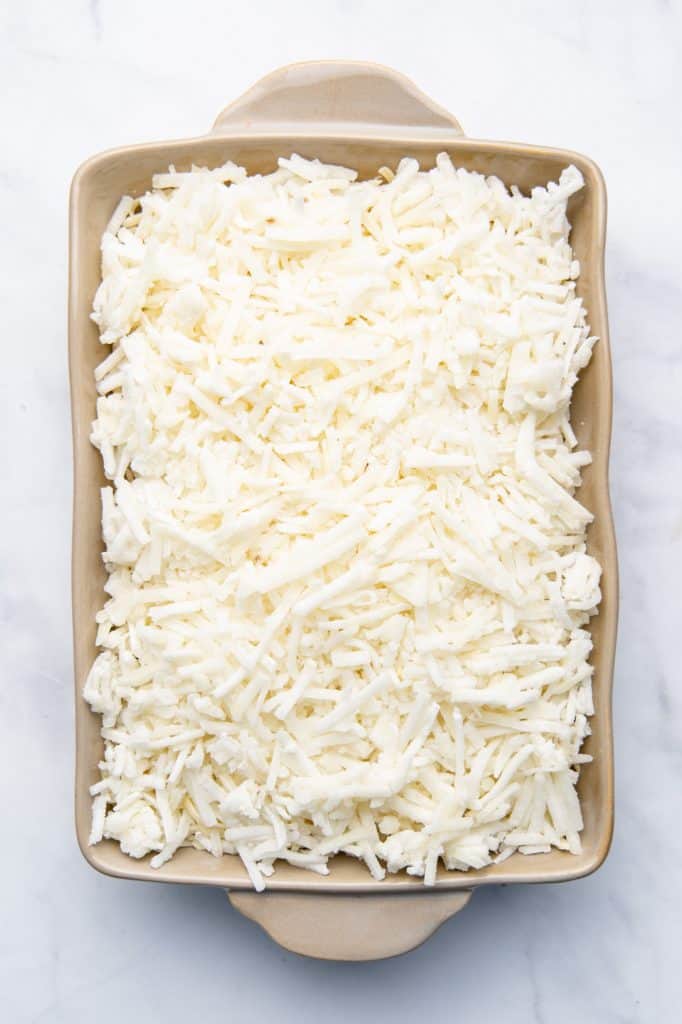 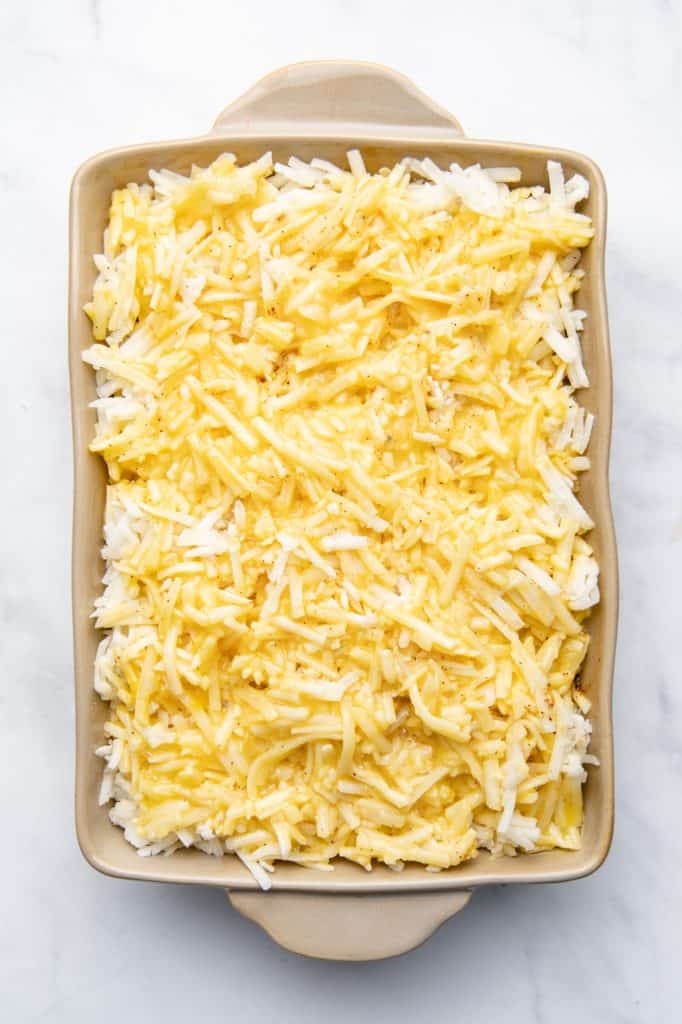 If you’re making this to serve right away, heat oven to 350 degrees and bake for 40 minutes. Insert a knife to verify that the eggs have set.  If you want to crisp up the taters on top (highly recommended) crank up the broiler for the last four minutes.

If you’re prepping this to finish the next morning, cover it after the cheese layer and place in the fridge.  In the morning, you’ll remove from the fridge and let it come to room temp (15 minutes), then top with the potatoes and bake. 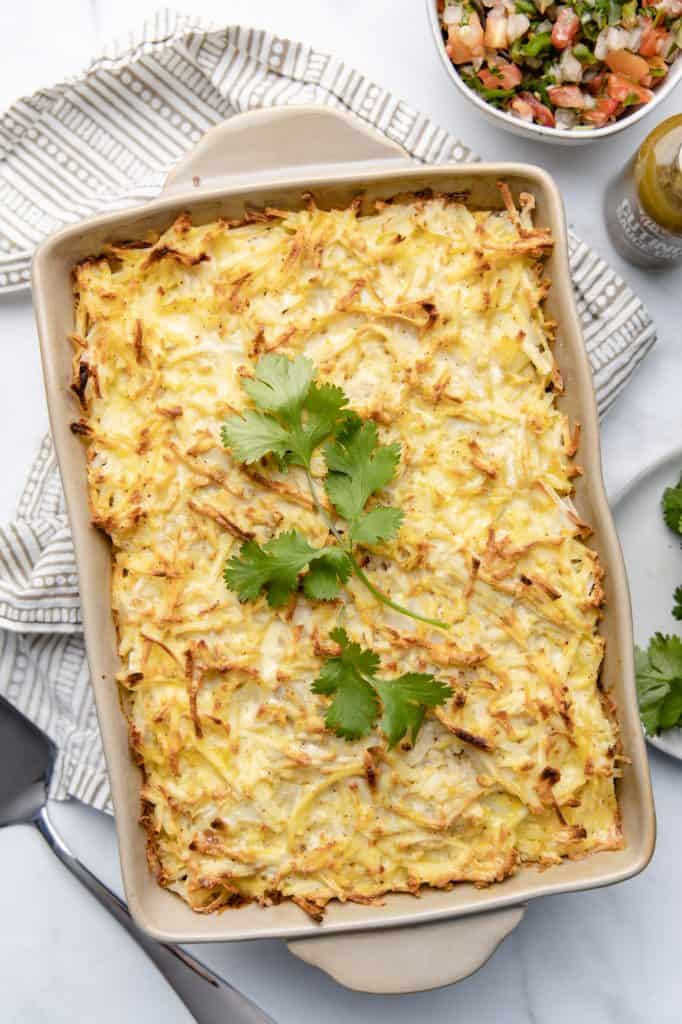 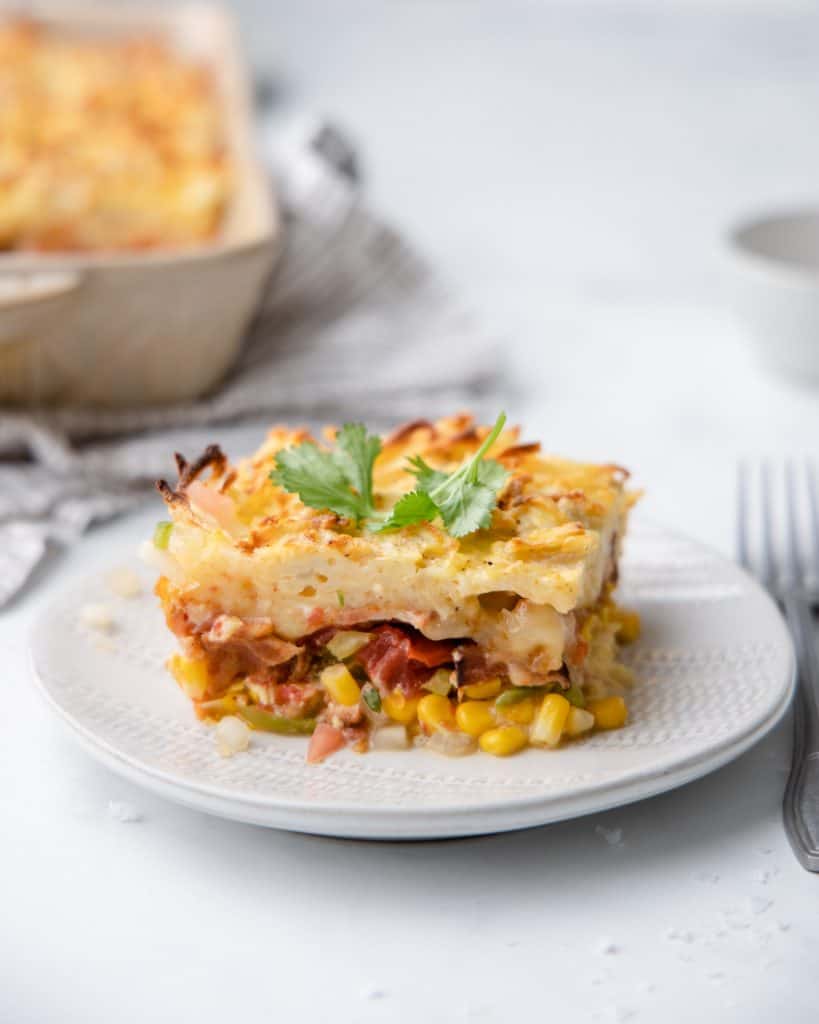 You can garnish this up with all sorts of stuff. Avocado, guac, sour cream, cilantro, your favorite hot sauce. Do it up the way it makes you happy.

Hope you have a happy breakfast!

To avoid a “soupy” factor in the bottom of your casserole, drain off the excess water from the tomatoes.