How to Cook Artichokes

How to Cook ArtichokesJoanie SimonFebruary 24, 2017February 5, 2018
Jump to Recipe·Print Recipe

You all asked for a video on how to cook artichokes. As a big artichoke lover, I was happy to indulge the request.  My absolute favorite way to prepare them is by cooking them in a pressure cooker and then quick grilling to seal in flavor and smoke. 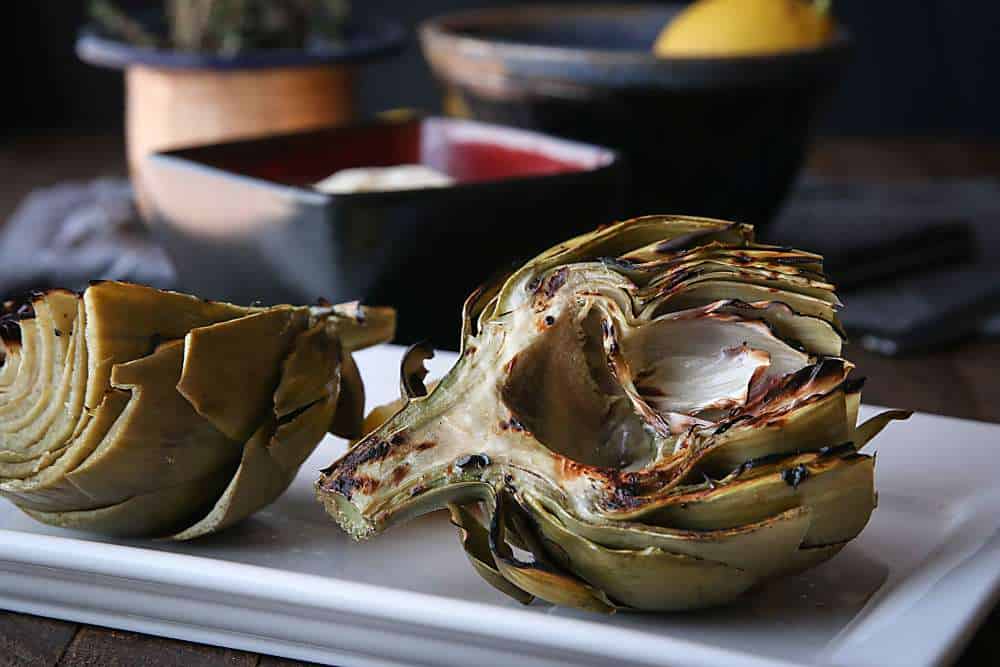 How to Cook Artichokes

As you’ll see in the video, in order to prepare your artichokes, you’ll want to start by trimming off the tips of the leaves.  They’re sharp and don’t have any meat on them.  Then, cut off the top and rub it with lemon juice.  This will help prevent oxidation and keep it from turning brown.  From there, I put them cut-side down in the pressure cooker, add a cup of water, a tablespoon of salt and then pressure cook on high for 7 – 10 minutes, depending on the size of the artichokes. 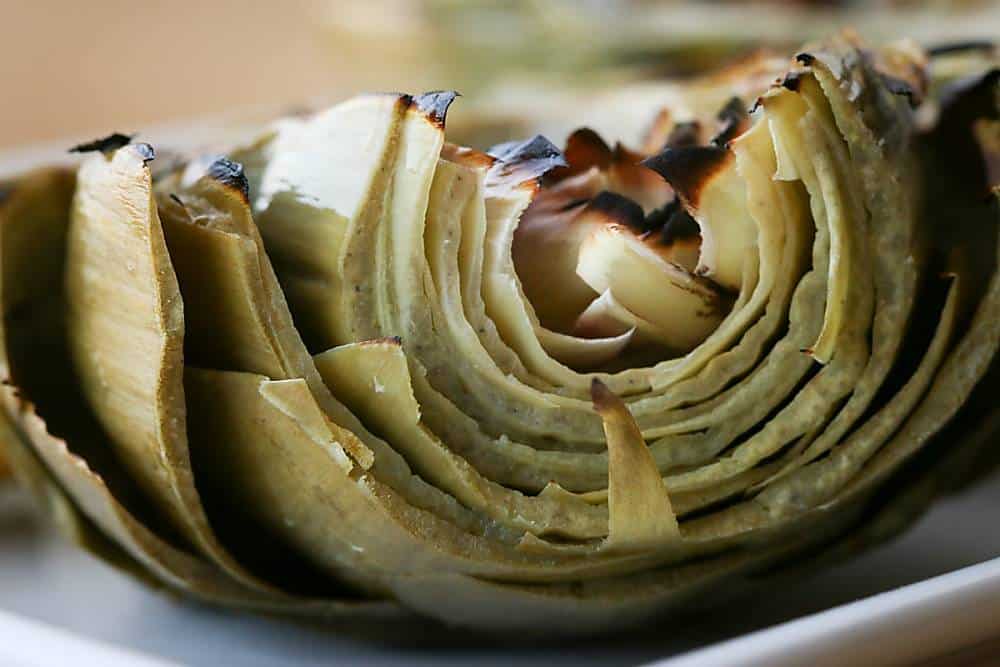 Don’t have a pressure cooker, you can steam them for 25 – 35 minutes (again, depending on size) or boil them for about the same amount of time.  Though, I don’t recommend boiling if you can help it.  It causes the leaves to become overly limp in my opinion.

When Artichokes Are Done

You’ll know artichokes are done when the leaves easily pull away, but not fall apart.  This is why it’s important not to cook them too long in the pressure cooker.  Then, it’s time to get them ready for the grill.  I slice them down the middle, starting from the stem since it’s softer.  This will expose the beautiful interior of the artichokes.  From there, run a knife along the line right below where the fur or the “choke” is and remove that fuzzy center.  Next, I rub the artichokes with olive oil and then toss them on the grill for 60 seconds to seal in a nice sear.  It’s up to you if you want to keep them there longer to get even more char. 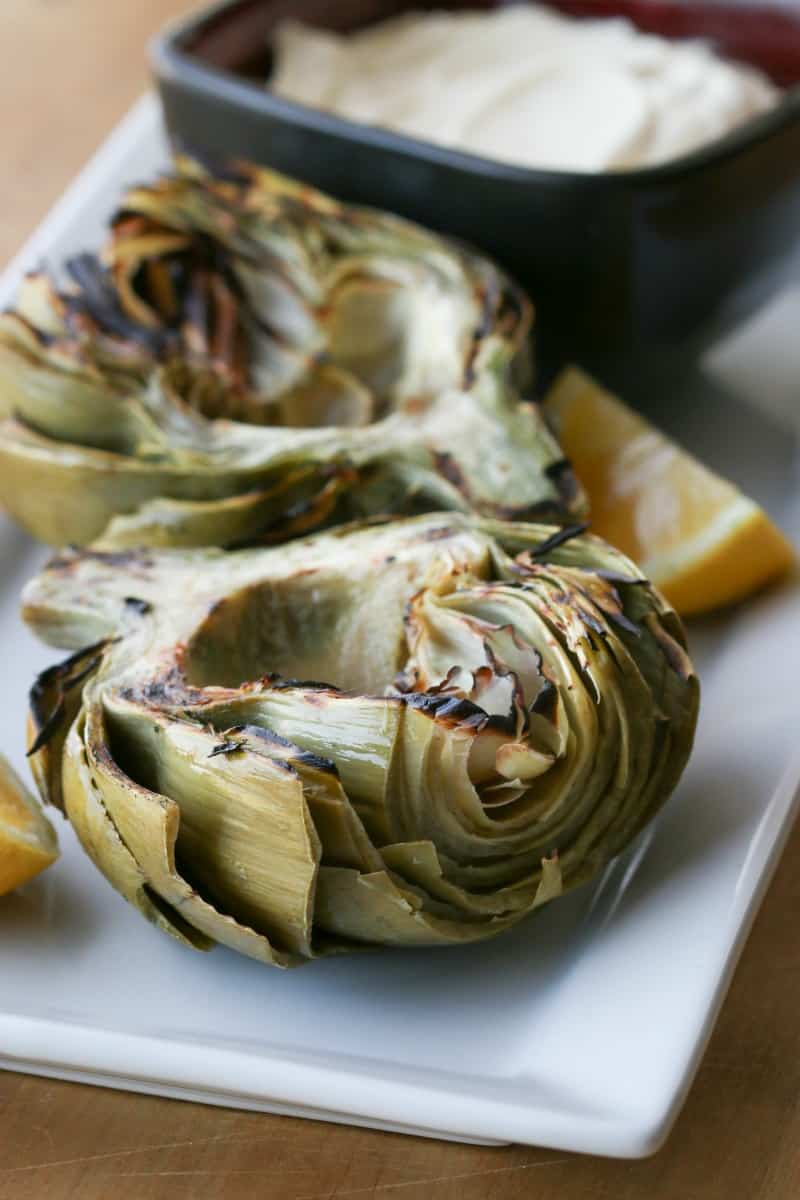 And don’t forget the dipping sauce!  This one’s a favorite from my childhood.  It’s 1 cup of sour cream with 2 – 3 Tablespoons of mustard.  I use dijon, but plan yellow is fine, too.

Then, it’s time to dig in.  Pull leaf by leaf, dipping into the sauce, then scraping the meaty part of the leaf on your teeth to remove the good stuff.  Then, once you get to the middle, that’s where you find the heart which I like to quarter up and gobble up.

Have you ever made artichokes?  Do you have a special trick in preparing them?  I’d love to hear in the comments!