This recipe for a Poor Man’s Paella is the second recipe in my Latin Dinner Party Series, a fitting entree to compliment my Salmon Ceviche appetizer.  What make’s it fit for a poor man?  I substitute the more expensive seafood and saffron with less expensive alternatives including hearts of palm, artichoke hearts and turmeric.

Of course, if you’d prefer to use scallops, monkfish, mussels, clams…go bonkers!  But, if you’re into feeding a crowd without breaking the bank, I think you’ll really dig this recipe. 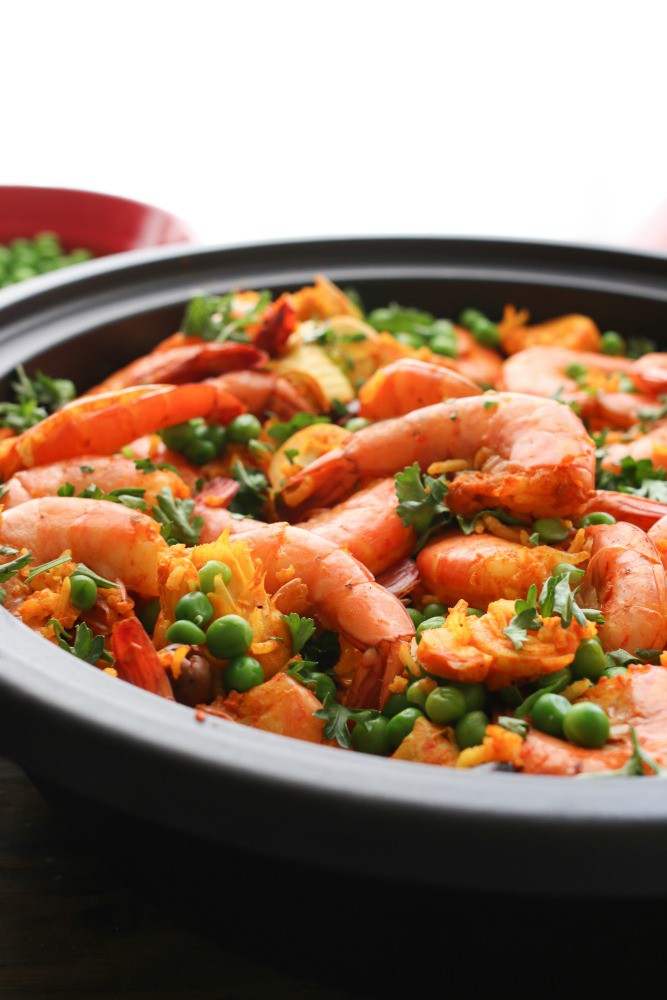 You’ll see that I use a Le Creuset tagine in this recipe.  It is definitely a bold statement piece and does a fantastic job of crisping up the rice along its edges while keeping everything else from getting dried out and trapping in the flavors.  But, if you don’t have one, any kind of large pot with a lid that can be safely used inside the oven as well as on the range will work perfectly. 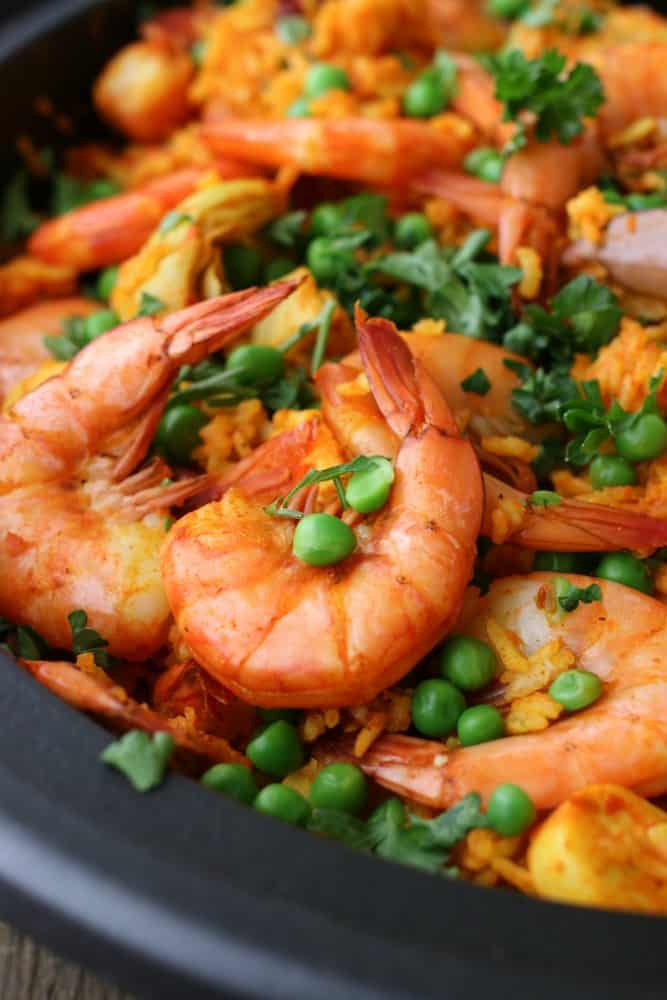 Meanwhile, stay tuned for the dessert that caps off this dinner party series!