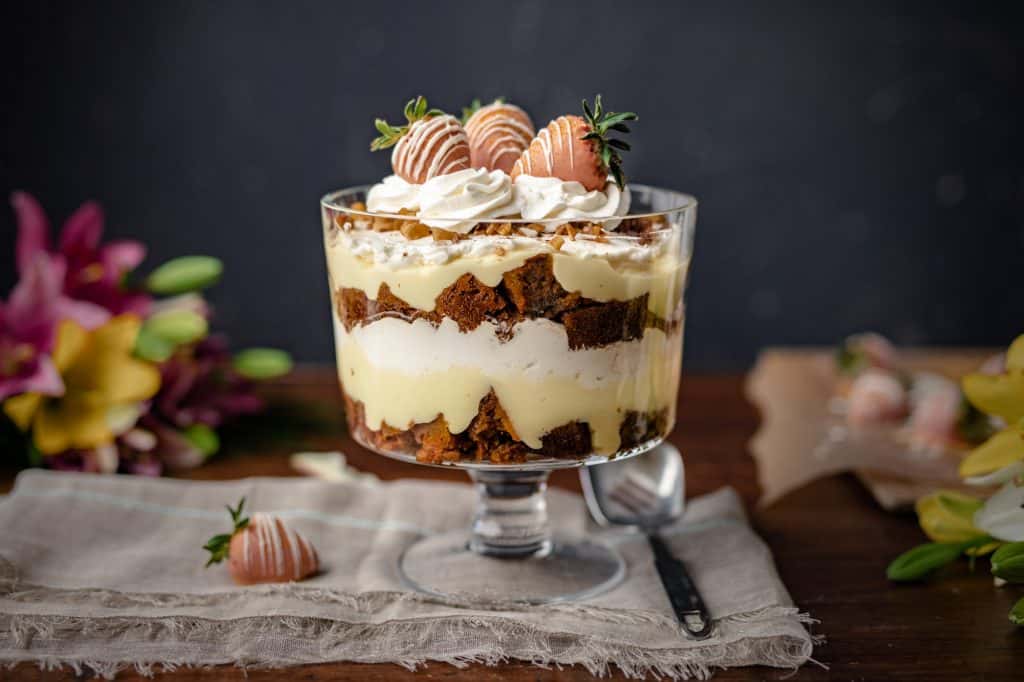 Everyone Loves a Trifle

One of my favorite desserts for holiday entertaining is a trifle.  I get to pull out my trifle bowl and the decadent layered dessert is always met with a few “oooohhhhs” and “ahhhhhs”. It’s a conversation piece!

I like trifles because they look so pretty but you don’t have to fuss with any cake decorating. 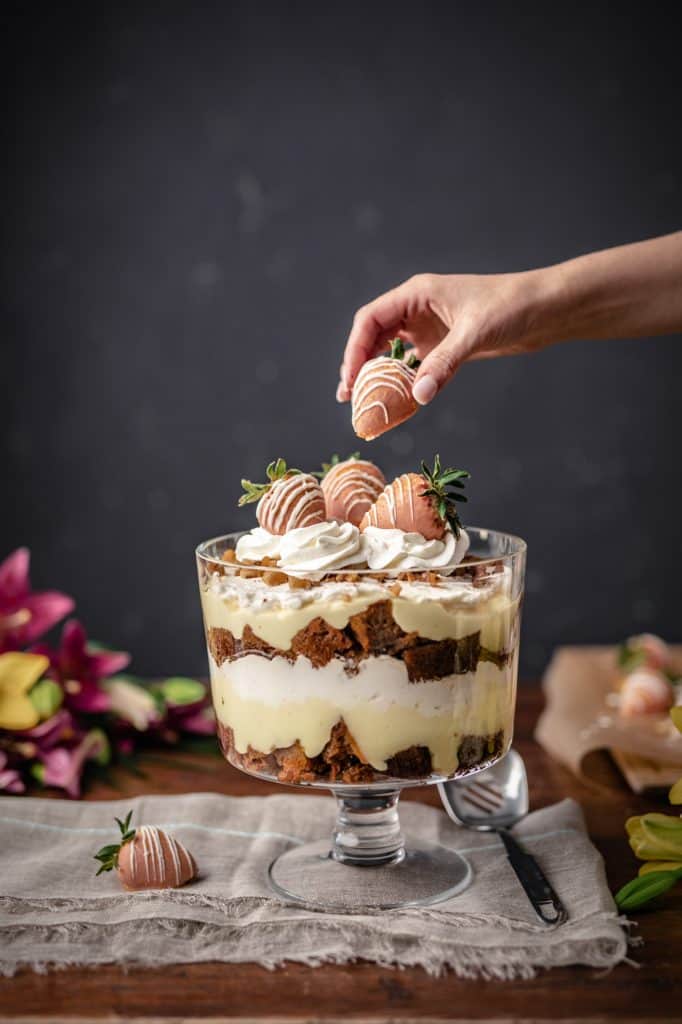 The cake is a homemade carrot cake recipe that went through a lot of testing. I wanted it to be fluffy and light, but rich and super moist. You’ll see the ingredients call for olive oil. After trying other oils, this recipe was far better and more moist with the olive oil. Flavor-wise it totally works, too.

The one thing I highly recommend is using a box grater or other cheese grater for shredding the carrots. You want something that gives you a finer shred, not super big strands of carrots.  I made this recipe once shredding the carrots with the food processor shredder attachment and it give me really thick strands.  It was fine, but the final cake came out a little chunky and the carrots weren’t as naturally incorporated. 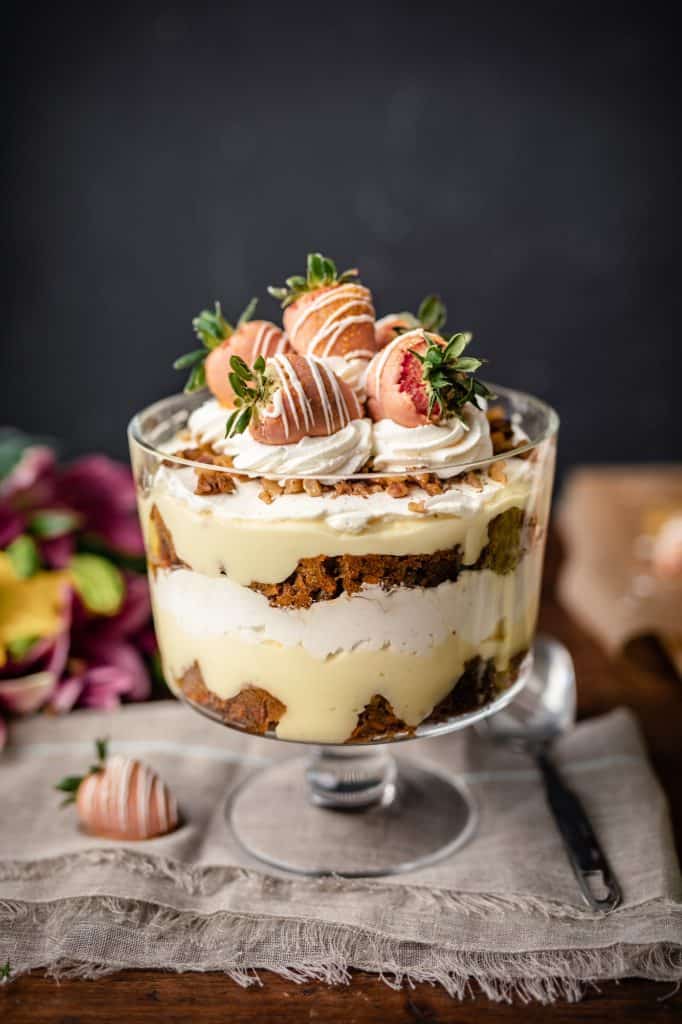 This is extra and totally optional, but I love a fun garnish. This trifle is topped with additional swirls of whipped cream and white chocolate dipped strawberries. I added a few drops of orange food coloring to the the white chocolate so that they were kind of like carrots. Kind of.

All you need is ripe strawberries and Ghiradelli white chocolate melting wafers. Follow the package directions to melt them in the microwave and add Wilton’s orange gel food coloring. Then just dip the strawberries, holding them by the green top, and place them on wax paper so that the coating hardens. I also dusted them with some sparkling sugar and drizzled on some uncolored white chocolate. 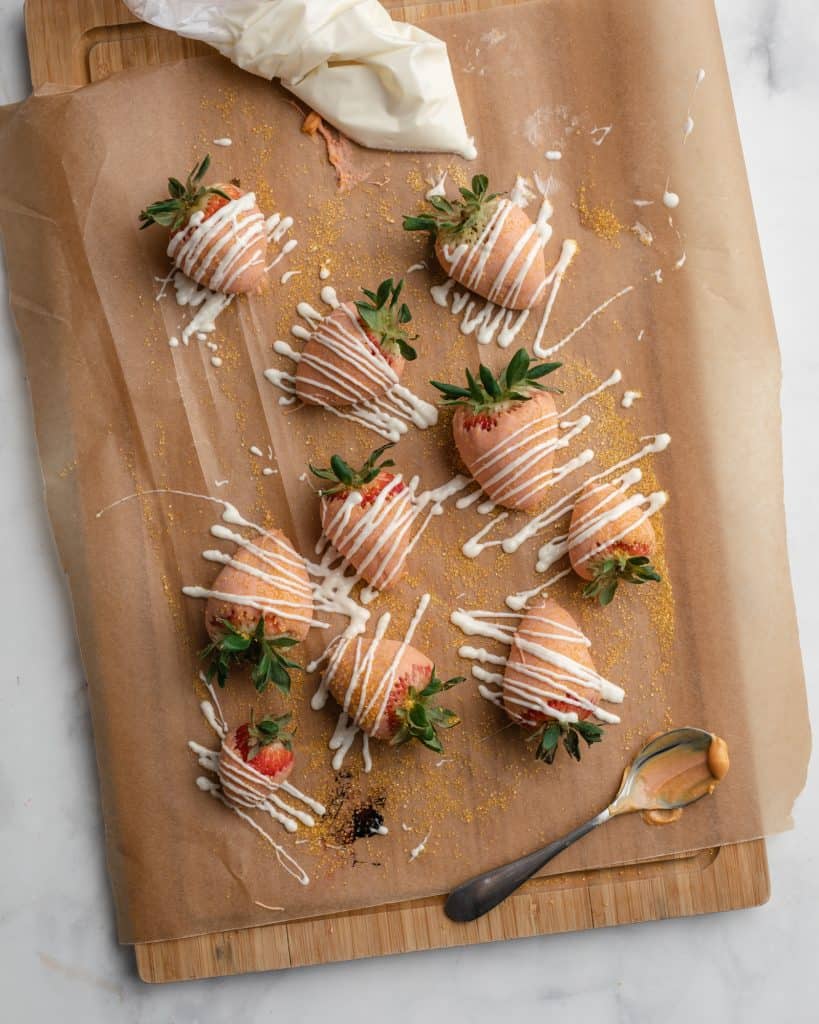 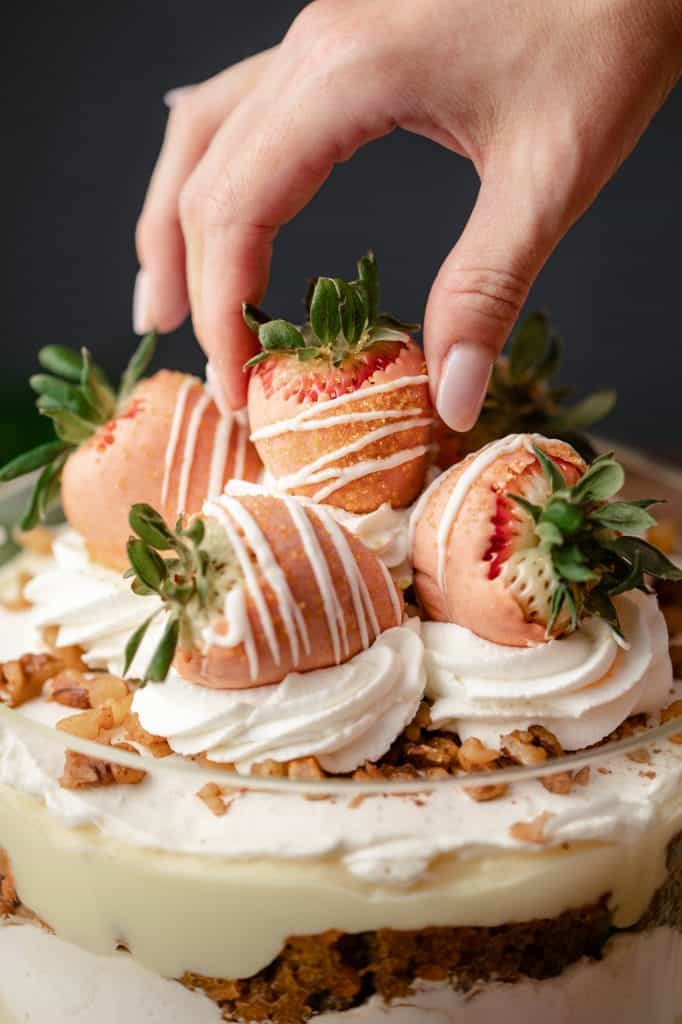 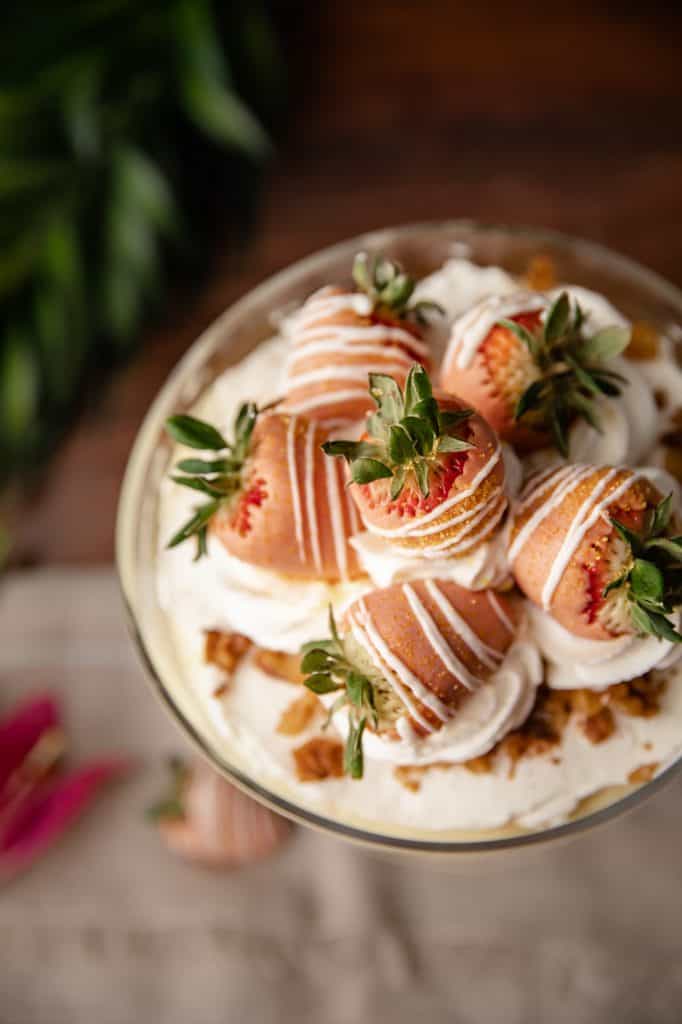 Do you have a big party or a small soiree planned for Easter?  Tag me in pictures @thebiteshot of your special spread.  I’d love to see what you’re cooking up!

A fun way to change up your Easter dessert recipes with a layered carrot cake trifle with cream cheese frosting whip and vanilla pudding. It’s a holiday show stopper.