This recipe had to be made for two reasons.

1) This is my Mom’s all-time favorite thing that I make.  She is a bonafide carnitas freak and I wanted to show her how to turn a 13-pound picnic roast into sweet, fall-off-the-bone taco extravaganza.

2) I previewed my gigantic 20-quart stove top pressure cooker in a video two weeks ago and got a few requests to bust her out for my pork carnitas recipe.  I have only ever made pork carnitas in this pressure cooker, so yes, it’s a little nuts to have a giant pressure cooker taking up space purely for the sake of pork tacos.  But, I take my tacos seriously and when situations arise where I need to make enough for an army, the video below shows exactly what I do.

If you prefer an Instant Pot version of this recipe check out my Instant Pot Pork Carnitas. 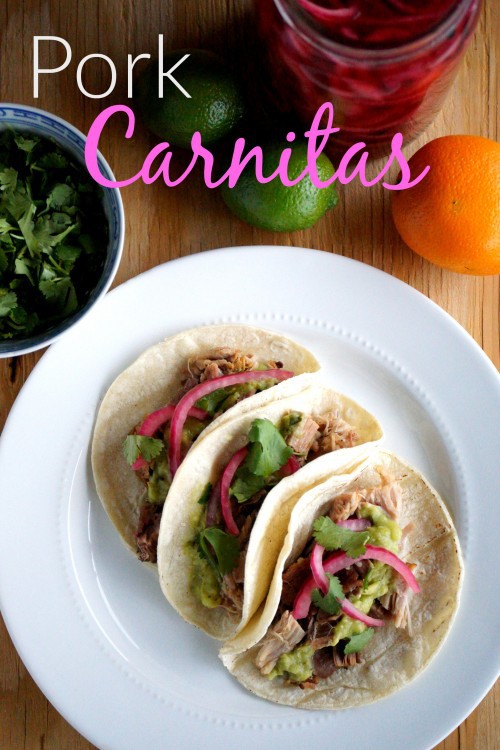 Easy fall-off-the-bone pork carnitas with traditional flavors made in a flash in the pressure cooker.

If you don’t have a 20 quart stove top pressure cooker:

Electric Pressure Cooker –  Likely if you have one, it’s 6 quart, so that means you need to get a smaller roast.  Find a four to five pound boneless pork shoulder or pork butt, preferably with a good layer of fat.  That’s about as big of a piece of meat that you’d want to put in there.  Never fill a pressure cooker over 3/4 full.  Then, reduce all other ingredients by 1/2, except for the water, only put in 1 cup of water.  Then, set on the pressure cooker for 15 minutes per pound of the roast you have.  So, if it’s a four pound roast, set it for 60 minutes.

If you don’t have a pressure cooker or you don’t have one big enough and want to do a 13 lb roast, you can try doing this in the oven.  But, I would suggest searing off the roast on the stove top just like the original recipe, then place the roast in a large roasting pan with all of the other ingredients and then cover it with foil and roast at 350F for an hour per pound or until it pulls apart easily with a fork for shredding.  Then, follow the rest of the directions as instructed.