This Broccoli Cheddar Soup is low in carbs, packed with flavor and comes together in less than 30 minutes.  I had it in my mind that broccoli cheddar soup should be some sort of long, involved thing.  But, really, it’s a matter of sautéing some onions, adding in some aromatics, milk and a thickener, simmering some broccoli, blending and then adding cheese at the end.

This recipe does call for fresh prepared ingredients, but that doesn’t mean you need to spend a lot of time doing prep work for it.  I used a 1lb bag of fresh broccoli florets from the produce department so that I didn’t have to hassle with breaking down a whole stalk.

You’ll notice that I include half & half as the creamy component in this recipe.  It’s totally up to you if you’d rather use milk or heavy cream instead.  It’s all based on if you want to go full fat or lowfat. 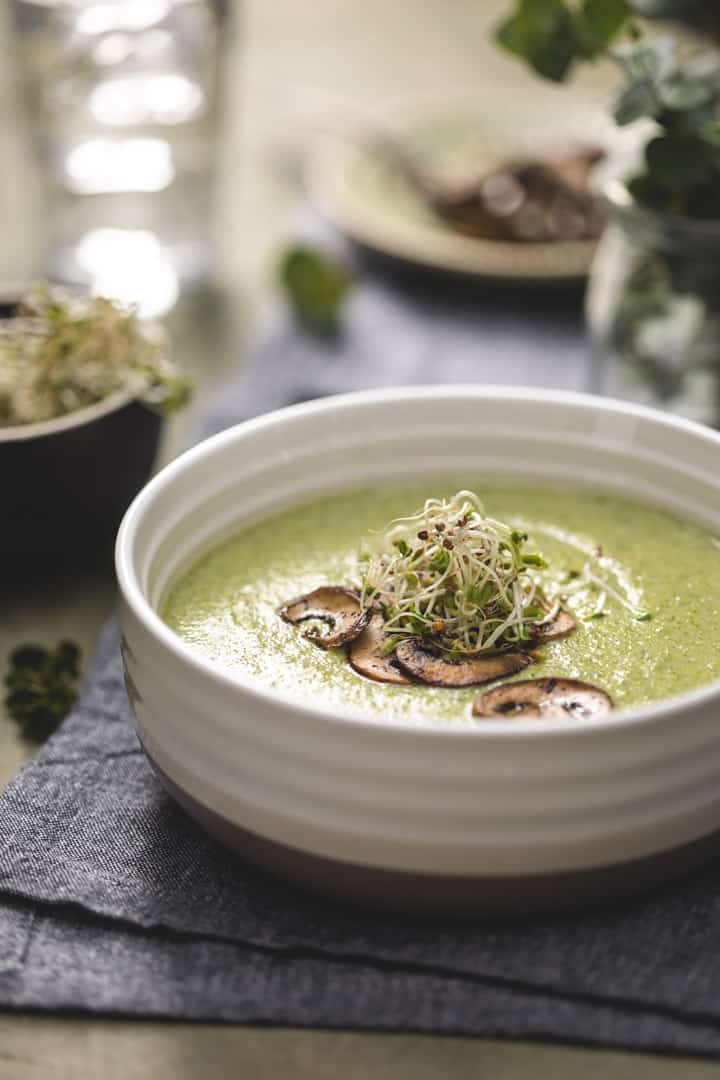 I didn’t deviate too far from what standard recipes call for in broccoli cheddar soup.  However, most call for flour to be used as a thickening agent.  Instead of the standard white flour, I went with low carb almond flour.  It helps thicken and adds protein and a slight nutty flavor.

You’ll also see that I incorporated mushrooms into this recipe.  These are 100% optional.  I have lots of friends who strongly dislike mushrooms, so for them, leave ’em out.  But for me and Ryan, mushroom obsessed freaks, we included it in the soup and then also sauteed some off for serving on top as garnish. 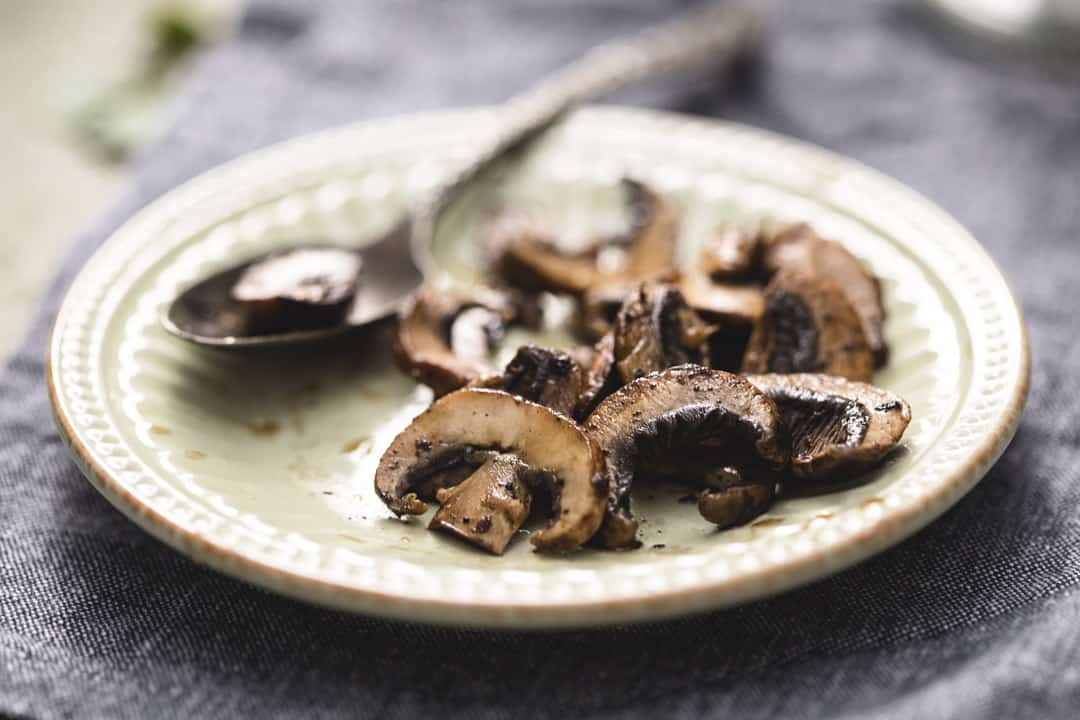 An easy recipe for a low carb broccoli cheddar soup with fresh broccoli and sharp cheddar.